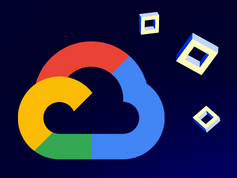 Google developers and industry experts presented their predictions on the future of tech at last week’s Google Cloud Next 2022. Take a look at the top 10 cloud technology predictions that they believe will come true by the end of 2025:

1. Highlight on Neuroinclusive design. Neurodiversity describes how people experience, interpret, and process the world around them and impacts how we all work together. As the world is shifting to a more virtual environment, it is crucial that companies implement inclusive digital practices for internal and external collaboration.

Jeanine Banks, Google’s Head of Developer Relations, VP and General Manager for Developer X, said that a neuro-inclusive design strategy is predicted to stand out, “developers who start with neuroinclusive design will see a 5x growth in user adoption in the first two years.”

More than 20% of the world's population has at least one form of neurodiversity, which makes it crucial to create a workplace in which all employees are able to contribute and perform at their best. Google Workspace's design both accommodates the needs of neurodivergent users and improves performance for everyone.  Banks said that the following principles will be critical to achieving accessibility: balance, proportion, unity, light, color, space and patterns.

2. Adoption of Curated Open Source. Infrastructure VP and Google fellow Eric Brewer predicted that “by the end of 2025, 4 out of 5 enterprise developers will use some form of curated open source.” Google Clouds Assured Open Source Software service uses a set of open source software packages in its developer workflow. These packages are available to other enterprise users of open-source software.

3. Secops Workflows Automation. Google’s Global Head of Autonomic Security Operations Iman Ghanizada predicted that as much as 90% of security operations workflows will be automated and managed as code by the end of 2025. Google will do this by enabling continuous detection and response through services like Community Security Analytics and Chronicle. The API will allow this terminal to scan petabytes of data to find risks within minutes, compared to what would have taken days or weeks before.

4. Four-Day Work Week Powered by AI. Kamelia Aryafar, senior director of engineering at Google Cloud AI, predicted that artificial intelligence (AI) will help move the work week from five days to four days. Vertex AI, an AI system developed by Google, can automate tasks and enable teams to achieve their weekly goals in half the time.

Vertex AI offers artificial intelligence (AI) research models and toolkits to enterprises. The platform gives developers the ability to build their own custom models or use existing trained machine learning (ML) models, integrate with BigQuery and other databases, and power external application SDKs. This flexibility and scalability make it easier for enterprises to move applications into production more quickly than with other providers.

5. Real-time Actionable Data. Google Cloud product manager Irina Farooq predicted that 90% of all data will be actionable in real time by 2025. She cited Dataplex, which unifies distributed data and automates data management and governance, and support for unstructured data and Apache Spark on BigQuery as ways the company is making this possible.

With data virtualization and the right tools, the time-consuming steps of data preparation and data cleansing before using the data in analytics will be eliminated in the near foreseeable future.

6. Zero Barriers between Transactional and Analytical Workload. Andi Gutmans, VP and GM of databases at Google, predicts that by the end of 2025, transactional and analytical workloads will no longer be separate database workloads. He said that Google Cloud services such as Spanner, Cloud SQL, BigTable and AlloyDB will have a role in making this happen.

Traditionally, transactional databases are designed to optimize fast processing of data and analytics databases support large datasets that can be analyzed. Commercial applications often require access to both datasets.

7. Automated Cloud Infrastructure. Amin Vahdat, VP and GM of systems and services infrastructure at Google, predicted that automation will play a larger role in cloud infrastructure decisions within the next three years. According to Vahdat, organizations will be better able to adjust their IT departments to meet both scale and performance needs if they can predict their usage patterns.

8. Sustainability As Top Priority. Sustainability is increasingly becoming a focus for developers, according to Steren Giannini, group product manager at Google. He predicts that three out of four new projects will be led with sustainability as the primary development principle. To address the environmental impact of its cloud services, Google offers a carbon footprint tool to measure the sustainability impact of cloud usage.

9. Multicloud Usage. Richard Seroter, director of DevRel and outbound product management at Google, predicts that over half of all organizations using the public cloud will switch to Google's Anthos or BigQuery Omni platform once they are aware of its multicloud capabilities.

Many organizations are already using multicloud technologies, which they will continue to do in the future. Google Cloud's unique management plane allows customers to bring their existing cloud infrastructure and data into the Google Cloud ecosystem, while also allowing them to integrate with other Google Cloud services.

10. Take over of Low Code / No Code. Jana Mandic, Google's engineering manager, predicted that low-code and no-code technologies will replace traditional programming languages in the next three years. She also noted that by 2025, more than 70% of all new apps will be created using these technologies.

Furthermore, Gartner, Inc., a leading global research and advisory company, forecasts that the low-code development technologies market will grow 23% in 2021. This reduces the number of external tools the company needs to maintain, while also giving business users direct control over customizing their internal applications.

Montreal College of Information Technology tailors programs and certifications to fit the ever changing tech industry. Talk to an advisor to learn more on how you can land a dream job in this field.